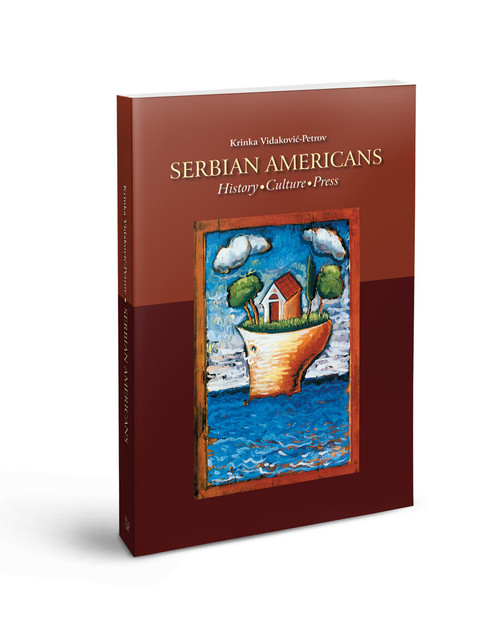 Learned, lucid, and deeply perceptive, SERBIAN AMERICANS is an immensely rewarding and readable book, which will give historians invaluable new insights, and general readers exciting new ways to approach the history of Serbian printed media. Serbian immigration to the U.S. started dates from the first few decades of 19th c. The first papers were published in San Francisco starting in 1893. During the years of the most intense politicization of the Serbian American community, the Serbian printed media developed quickly with a growing number of daily, weekly, monthly and yearly publications.

Newspapers were published in Serbian print shops, while the development of printing presses was a precondition for the growth of publishing in general. Among them were various kinds of books: classical Serbian literature, folksong collections, political pamphlets, works of the earliest Serbian American writers in America (poetry, prose and plays), first translations from English to Serbian, books about Serb immigrants, dictionaries, textbooks, primers, etc.

By: Bishop Sava Of Sumadija Published by: Kalenic, Diocese of Sumadija The history of the Serbian

By: Various Illustrations by: Fr. Stamatis Skliris A beautiful pocket-size, full-color English and