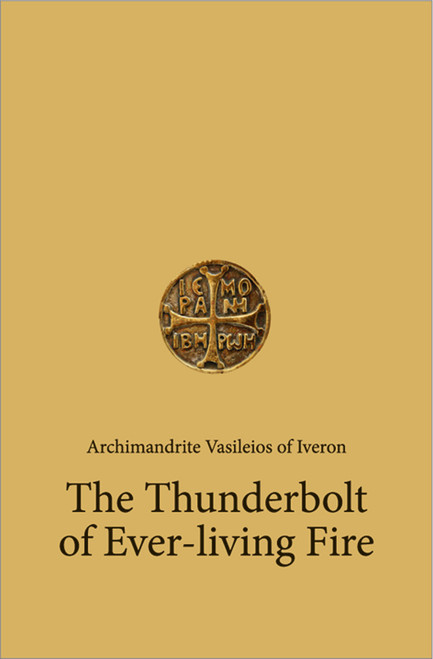 By: Archimandrite Vasileios of Iveron

With the book in your hand, Sebastian Press once again attempts at an Orthodox participating in the "yeasting" that is underway in the Americas. The book is an offering from Elder Vasileios to us and from us to Elder Vasileious. He visited Western America and Chicago and delivered numerous talks, presentations, video and audio interviews during September of 2011, to a variety of gatherings (clergy and lay people in California, Arizona and Illinois). The following pages are Elder Vasileios' advices to the Christians who live in North America. His thoughts are expressed in a revolutionary theological style previously unknown in the Orthodox world, reflecting the immediacy of real experience. Elder Vasileios speaks directly to modern man without any deliberate "modernism".

By: Metropolitan Amphilochius (Radovich) Published by: Svetigora Diary Entries and Other Records Mar

By: Marigoula Kokkinou and Georgia Kofinas A guide to olive oil and vegetarian cuisineMore than just

By: Jovan Dučić Translated into French by: Petar Bubresko Published by Sebastian Press, Vidoslov, an

By: Milan Mishich A brilliant and thoughtful handbook for the Internet age. Digital technology empow

Life According to the Gospel

By Patriarch Paul It is not easy to teach the Gospel. One of the few among our contemporaries wh

By: Elissa Bjeletich Mark progress in your family’s journey with beautiful, colorful ornaments

Published by: Sebastian PressWhen you purchase our Sebastian Book collection combination of books (1

By: Alisa Rakich Brooks Illustrated by: R. E. Bursik In book three of the “Genesis: His Word

We get our incense from a skete on the western side of the Holy Mountain (Mt. Athos), and this incen

Author: George C. Papageorgiou The Little Prince beckons us to take a fairy tale trip, into the worl

Psalms and The Life of Faith

By: Archimandrite Aimilianos of Simonopetra Published by: Indiktos The 3rd volume in the collected w