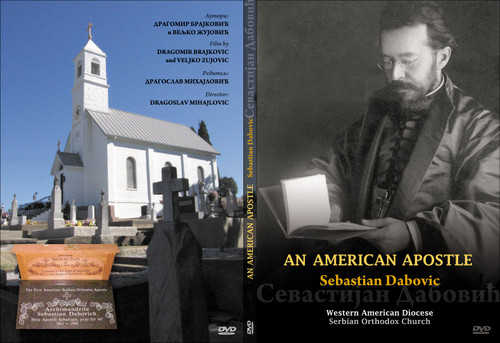 An American Apostle, St. Sebastian of San Francisco and Jackson

This DVD is an historical video presentation on the life and work of Archimandrite Sebastian Dabovic, a man referred to by St. Nicholai (Velimirovic) of Zhicha, Serbia, as "the greatest Serbian Missionar of modern times." We encourage every Orthodox Christian family to purchase a copy of this DVD to share with their children, family, and friends so we remember the first american-born Serbian Orthodox Apostle to America, Archimandrite Sebastian Dabovic.

From Crimea to the Stars: The Story of Saint Luke the Physician

Author: George Papageorgiou  Saint Luke was a remarkable man who blended his amazing talent for

To The Glory of God The Father: The Lives of Saint Mardarije of Libertyville and Chicago and Saint Sebastian of San Francisco and Jackson and Their Selected Writings

By: Father Maximos Constas  The Art of Seeing explores sacred images in light of Orthodox theo

By: Elder Cleopa Translated by: Diana Suvak Volume 1: This collection of stories, written for a youn