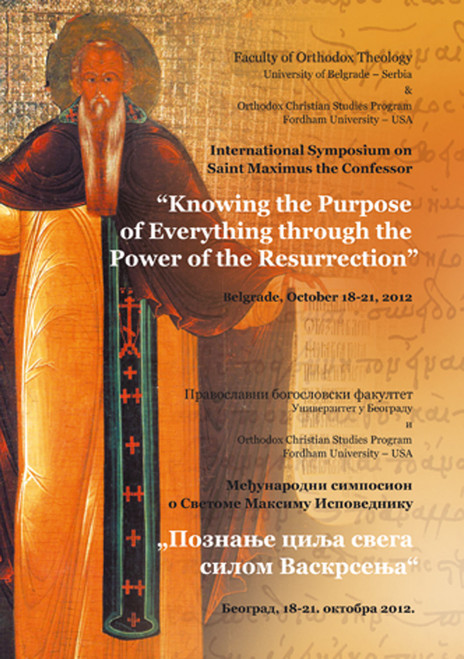 Edited by: Bishop Maxim (Vasiljevic)
Proceedings of the Symposium on St. Maximus the Confessor, Belgrade, October 18-21, 2012
Published by: Sebastian Press & The Faculty of Orthodox Theology, University of Belgrade

In the historical pantheon of great Christian teachers and thinkers and spiritual masters, St. Maximus the Confessor is not as widely known to the general reader as such luminaries as St. Augustine or St. Thomas Aquinas. The publication of this book is a great and lasting achievement that will be a standard reference work on St. Maximus the Confessor for the next generation. Thirty studies have been gathered in the present volume that bring to light new evidence, new readings of texts, or new interpretive paradigms, by which the relation between Christianity in antiquity and in the twenty-first century can be profitably explored.

"The Old Mostar Bridge and the Cathedral of Resurrection"

"The Old Mostar Bridge and the Cathedral of Resurrection", acrylic on canvas, Bishop Maxim, 2022A ci

By: Dionysios Skliris Тhe present volume articulates a “dromic ontology”, based on the