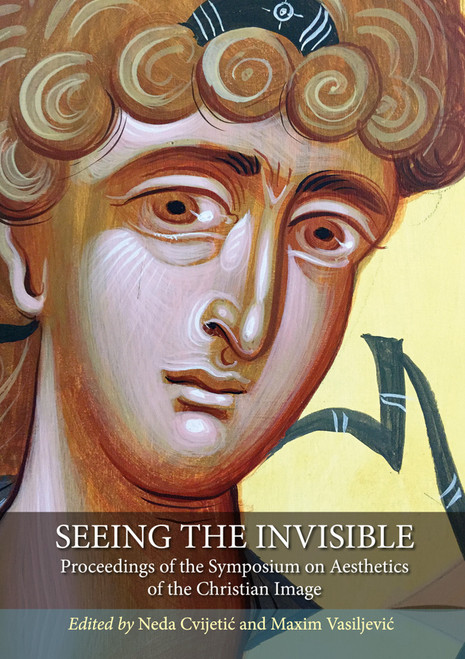 Orthodox iconography emerged as an attempt to recover the true iconicity of creation and to heal our damaged sensibility by referring to everything the ultimate, the “last” (eschatos) act of God’s will: “the death shall be destroyed” (1Cor: 15, 26).
Four well-known professors, Archimandrite John Pantelimon Manoussakis, Cornelia Tsakirdou, George Kordis, and bishop Maxim Vasiljevic, give us various insights into Christian Orthodox Icons, their beauty, meaning, and their future in the 21st century. Their reflections on this topic from the perspective of Orthodox Christian images or icons were originally presented at the Symposium on the Aesthetics of the Christian Image, held at Stanford University on March 5, 2016. For these authors working within Tradition is not merely the repetition of old models, but rather the application of immutable principles in solving contemporary pictorial problems.
They also present a theological aesthetic in which God is to be reached through the senses, including the relationship between person and icon.

Also available as E-book on Kindle!

By: Father Maximos Constas  The Art of Seeing explores sacred images in light of Orthodox

Color as Light in Byzantine Painting: Theory and Practice with A Guide to Egg Tempera with Underpainting

By: George Korids  This book records the many years of experience of George Kordis’ use o

By: Father Maximos Constas  The Art of Seeing explores sacred images in light of Orthodox theo

In the Mirror: A Collection of Iconographic Essays and Illustrations

The Hagia Sophia: The Mystical Light of the Great Church and its Architectural Dress

By: Charalambos P. Stathakis  The author takes the reader on a secret underground trail, which