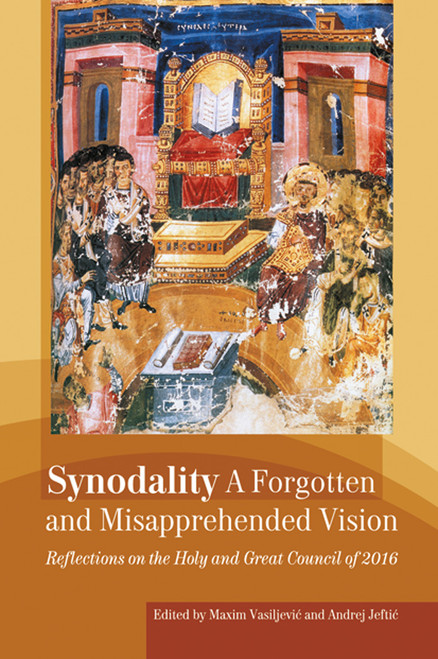 Gathering Orthodox hierarchs from around the world, the Holy and Great Council of the Orthodox Church wrapped-up on the Greek island of Crete on the twenty sixth of June, 2016. In the works for over a century, the event was historic to say the least. But what did it accomplish? The authors of this book share their understanding on the meeting and the next steps to bringing about stronger unity within Orthodoxy worldwide. The appropriate perception of conciliarity is of critical significance, for in the course of history there have been many misinterpretations of this institution with grave implications for the unity of the Church. Eight authors—four bishops (all invited and participated at the Council), two priests, a deacon, and a layman—attempt at tackling these questions. Metropolitans Kallistos (Ware), Chrysostomos (Savvatos), and Am lohije (Radovic), Bishop Maxim (Vasiljevic), Fr. John Behr, Fr. Cyril Hovorun, Deacon Nicholas Denysenko, and Evagelos Sotiropoulos, unmask some recent criticisms of the Holy and Great Council as a deception of the public sphere.

Also available as E-Kindle and IBook!

By: Fr. Vasileios Thermos The understanding densely expressed in this book, which offers a distinc

Diary of the Council: Reflections from the Holy and Great Council

By: Bishop Maxim Vasiljevic Diary of the Council emerged from the need of its author to appropriat

Patrologija, Vol 3. - Holy Fathers and Ecclesiastical Writers of the East from the 4th Council of Chalcedon to the 8th Photos Ecumenical Council (451-881)

Author: Predrag Cicovacki We long for love and to be loved. We also fear love because we risk betr

By: Archpriest Alexis Pena-Alfaro In The Inner Man, the author deals with the doctrine of the inne

By: Archimandrite Aimilianos of Simonopetra Reflections on life in God Elder Aimilianos played an

By: Mikonja Knezevic It is a great pleasure to see this work published, making available some of t

The Presence of Transcendence

By: Bogoljub Sijakovic Published by Sebastian Press, co-published with the Institute for Theologic

By: Father Maximos Constas  The Art of Seeing explores sacred images in light of Orthodox theol

The Wonder of Water

By: Alisa Rakich Brooks Illustrated by: R. E. Bursik The second book in the, "Genesis: His word an