Exploring Islam: A Christian Perspective on the Life of Muhammad and the Qur'an 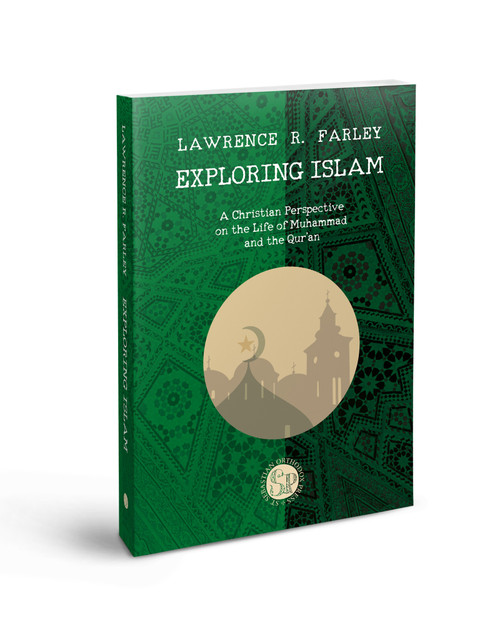 Exploring Islam: A Christian Perspective on the Life of Muhammad and the Qur'an

This well-researched and very readable book examines intelligently Islam’s virtues and problems and offers a well-argued spiritual alternative for Muslims [and others?] who are troubled by Islam’s less edifying features but who are nonetheless in love with its virtues.

--Darío Fernández-Morera, Northwestern University, author of The Myth of the Andalusian Paradise: Muslims, Christians and Jews under Islamic Rule in Medieval Spain.

As a convert to Orthodoxy, I am personally grateful that Father Lawrence Farley felt led to weigh in on the world’s fastest growing religion. His contribution is particularly poignant in that Muhammad borrowed heavily from Orthodoxy—misunderstanding much of what he appropriated. As Fr. Farley makes plain, to step from Islam to Orthodoxy is to retain values Muslims treasure (prayer, fasting, almsgiving, sense of belonging, etc.) without the attendant liabilities. For Muslims willing to follow truth wherever it leads, stepping into authentic Orthodox faith and practice will be not just palatable but intoxicating.

--Hank Hanegraaff, president of the Christian Research Institute and author of many books, including MUSLIM: What You Need to Know about the World’s Fastest-Growing Religion and Truth Matters, Life Matters More: The Unexpected Beauty of an Authentic Christian Life.

Edited by: Neda Cvijetic and Bishop Maixm Vasiljevic Orthodox iconography emerged as an attempt to

By: Alisa Rakich Brooks Illustrated by: R. E. Bursik In book three of the “Genesis: His Word and H

Wonder as the Beginning of Faith

God, Where is the Wound?

By: Mother SiluanaPublished by Sebastian Press The book God, Where is the Wound? is the tr

Prayers by the Lake

Author: Nicholai Velimirovich This book, written in 1921-1922 by Saint Nocholai of Ohrid and Zhicha

Author:Archimandrite VasileiosPublished by: Alexander Press & Sebastian Press We present to the