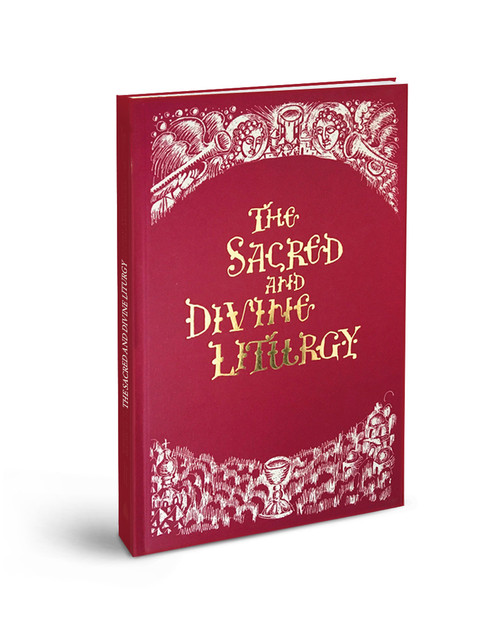 “The Sacred and Divine Liturgy оf our Father among the Saints John Chrysostom” is a new English edition of the primary divine service of the Orthodox Church, published by St Sebastian Press of the Western American Diocese, and edited by Bishop Maxim Vasiljevic of Western American Diocese. This edition is published in Liturgical Books Series, number 1. This translation is an adapted version of the texts of accurate English translations already existed in previously published service books, especially the translation of “The Divine Liturgy of St. John Chrysostom” (2016) of the Greek Orthodox Archdiocese of America and the Greek Archdiocese of Thyateira and Great Britain, and various Greek, English, and Slavonic liturgical manuals. All previously existing translations were checked for accuracy and consistency and edited, when necessary. Modern English has been chosen for this edition, following the most common order to be found in the Greek and Slavonic language service books which reflect the Byzantine tradition. The dialogues between the celebrant and the deacon are also included with brief Rubrics. In the supplementary material a detailed explanation for the Hierarchical Liturgy is included. One notable difference found in this edition from all existing editions is an aesthetic quality: the book is in full color, entirely illustrated by Fr. Stamatis Skliris’ icons and frescos. The second edition of The Sacred and Divine Liturgy has incorporated corrections which have been brought to our notice since the publication of the first edition in 2017.

By: Nenad Milosevic Through his methodical study of the sources (including a considerable number o